Jesus prayed for unity. Paul too reminds us about it in his epistles. In Psalms, we read that, where brothers and sisters live in unity, God will pour out his blessings. Collaboration is, in a way, only a new word describing the unity the Bible is calling us to. A unity in spirit and purpose, working together towards the same goal.

Read the following report from Barbara Rüegger, a member of the WWO Europe Programmes Team.

"Collaboration is one of the four parts of the WWO Roadmap. In the past few weeks and months, I was able to see the impact and power of collaboration in different areas. In July a group in Egypt came together to start an initiative, to bring children out of the orphanages into families. At the start of the event, people who had invited the group to meet talked about a project of helping about 30 children. By the end of the event, the small project had grown into a countrywide initiative. Some of the attendees said, that they had never before experienced such collaboration. Watch a longer report from Egypt.

At the beginning of October, the European Evangelical Alliance invited its members to the Hope for Europe conference in Sarajevo, Bosnia. Suvi Kauppinen and I of the WWO Europe team attended the event to meet and collaborate with others. We met with people from the Refugee Highway Partnership, the European Freedom Network, and the Reaching Europe's Children group. All these networks have something in common with World Without Orphans Europe, as they are caring for the most vulnerable people. One of the groups we connected with was the European Evangelical Alliance’s Disability Network. Leaders from the network shared, how they had collaborated when the war in Ukraine started. People, including children, with disabilities, are among the most vulnerable in a war situation. Martina, a network leader from Germany who herself sits in a wheelchair, recruited at the beginning of the war six drivers with vans to drive to the Ukraine border to rescue people with disabilities and their relatives. During the first tour, they brought 39 people to Germany. Since then, through collaboration 600 people have been brought outside Ukraine to safe places.

The war in Ukraine has challenged many Christians, including the different members of WWO Europe to collaborate even more." 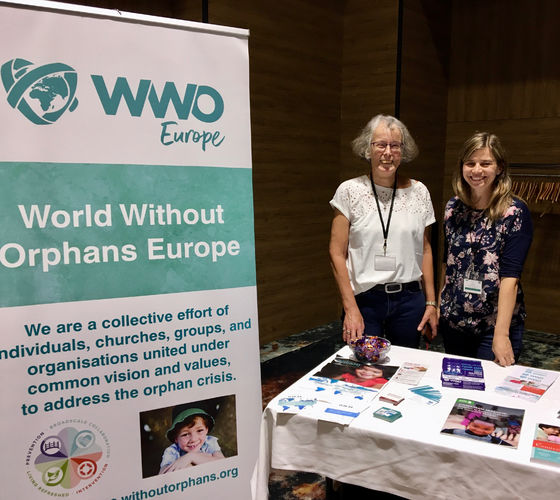